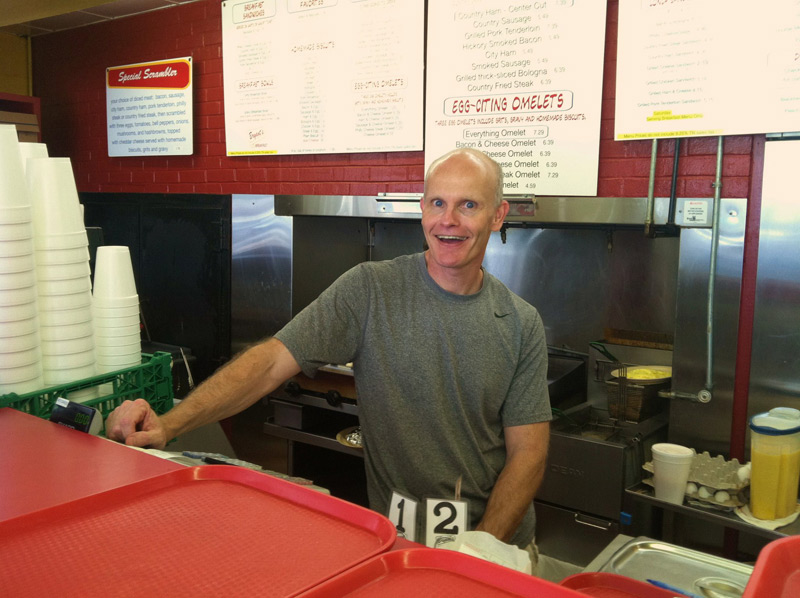 A Little History About Bryant’s

Jimmy and Jane Bryant opened a Loeb’s Bar-B-Q franchise in the Parkway Village area of Memphis in 1968. In 1977, they moved the restaurant to its current location on Summer Avenue. For many years, bar-b-q was the main restaurant business. Jimmy was responsible for initiating the breakfast menu, specializing in homemade biscuits. Jimmy and Jane can both trace their roots to Calhoun County, Mississippi. It was there that Jimmy’s mother would cook the most wonderful homemade biscuits and southern breakfast. He wanted to share that food with others. While it is an extremely labor intensive effort, we continue to this day to make by hand every biscuit we serve here at Bryant’s.

Phil Bryant, the prior owner and son of founder Jimmy Bryant, sold his iconic family restaurant to the Tashie Restaurant Group group March 1, 2021. “It was a tough decision selling our family restaurant – not just because of the personal history, experiences, and memories made, but because we didn’t want it to go into the wrong hands,” said Phil Bryant. “Our main goal was to find the perfect person who would continue Bryant’s legacy for many years to come. We are elated to have found the ‘right’ people who have purchased the restaurant with the full intention of maintaining the heart and soul of Bryant’s,which many Memphians have come to know and love.”

“We didn’t do anything except to optimize all the equipment, get all the former staff back, and reprint the menus,” says group co-owner Judd Tashie. “And that’s about it. To be honest with you, we didn’t have to do much except get all the right people back. That was the key. Same people that were making the food before are doing it again. And the same wait staff, the same people taking care of customers, are back. That was the most important thing. We didn’t change the menu, add anything, or drop anything. Most of our employees have been with Bryant’s  for over ten years, with some over twenty years. We intend to keep it just as it was.”

Sadly, the former owner of the iconic Memphis restaurant Bryant’s Breakfast, Phil Bryant passed away May 31, 2021 after being diagnosed with a brain tumor in November. Phil Bryant was the son of the original owners of the restaurant, and worked there for 22 years before selling it to the Tashie Restaurant Group group.

Bryant’s Breakfast has been featured in Food and Wine Magaine – 48 Hours in Memphis: Everything You Need to Eat and Drink

Bryant’s Breakfast was selected by USA Today for One of the 10 Greatest Breakfast in America!

Bryant’s Breakfast has been featured in Bon Appetit: Best Place to Grab Breakfast?

Winner of Best Breakfast in Memphis from The Commercial Appeal Memphis Most.

Winner of Best Breakfast from Memphis Flyer Best of Memphis