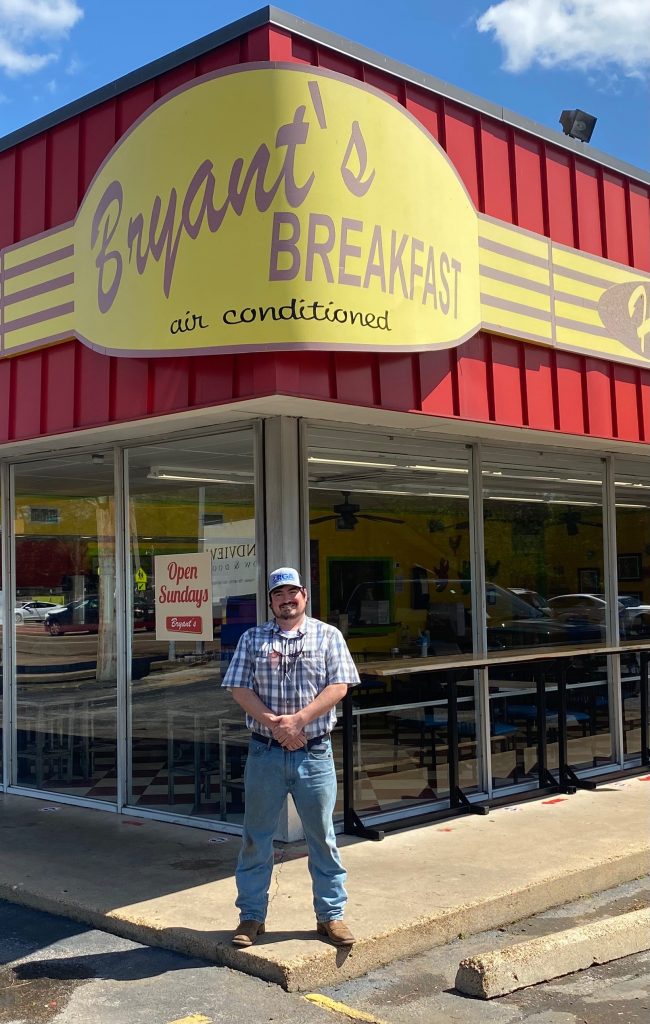 You can go back to eating biscuits and white gravy, country ham, pork sausage, and other favorite Southern culinary delights when Bryant’s Breakfast reopens April 14th.

The iconic restaurant at 3965 Summer Avenue was bought by Tashie Restaurant Group.

Is the restaurant going to be different? How has it changed?

“We didn’t do anything except to optimize all the equipment, get all the former staff back, and reprint the menus,” says group co-owner Judd Tashie.  “And that’s about it. To be honest with you, we didn’t have to do much except get all the right people back. That was the key. Same people that were making the food before are doing it again. And the same wait staff, the same people taking care of customers, are back. That was the most important thing. We didn’t change the menu, add anything, or drop anything. We intend to reopen it just as it was.”

The restaurant was “clean as a pin” when they bought it, Tashie says. “I’ve been in a lot of restaurants to look at them for purchase or whatever and they’re usually in terrible shape. That’s how it goes. Especially older ones. This one was in tip-top shape.”

Buying Bryant’s was “a great opportunity,” Tashie says. “Because it has a great reputation for great food, great service. It’s a Memphis classic.”

Do they have any plans for the restaurant? “We haven’t secured any more space yet, but I can see additional locations.”

They have no plans to change the restaurant or the menu, says Tashie whose favorite Bryant item is the sausage and egg biscuit. ”Not unless we get requests from customers. Which is something we’re always open to. We’re always open to adding things based on customer demand.”

Richard Lucchesi, 26, who Tashie describes as “a super star,” is the new general manager of Bryant’s Breakfast. For now, Bryant’s will continue to just serve breakfast and lunch. “We’re going to keep the same hours they had before, 5 a.m. to 2 p.m. And we’ll take it from there.”

Read More at The Memphis Flyer

We’re proud to announce that Judd Tashie and David Tashie are the new owners of our beloved family restaurant.

“I feel like they’ll take Bryant’s to another level. They have resources, they have money I didn’t have to maybe even knock down the wall, get more seating in there and do other things. It’ll stay a family restaurant, too.” said Phil Bryant.

Judd Tashie, who is also co-owner of Ciao Bella, Pete & Sam’s and two restaurants in New York, said that although the sale only closed this week, they’ve spent the past month getting as much of the old staff together as possible.

“We found everyone except one person who moved away,” he said. “We had to have the biscuit maker, the grill man and the lady who knows everyone’s names. We got ‘em. We got the band back together.”